Heights, amenities and views: Here are a few of the skyscrapers leading Austin’s latest tower boom

Austin has come a long way from when the Frost Bank Tower was crowned the city's first World Class skyscraper by the Austin Chronicle in the early 2000s.

There's now a whole slew of developers trying to make their mark on the capital city's downtown. With announcements of new towers coming out left and right since the beginning of the year, we rounded up some of the most prominent shaping the skyline. 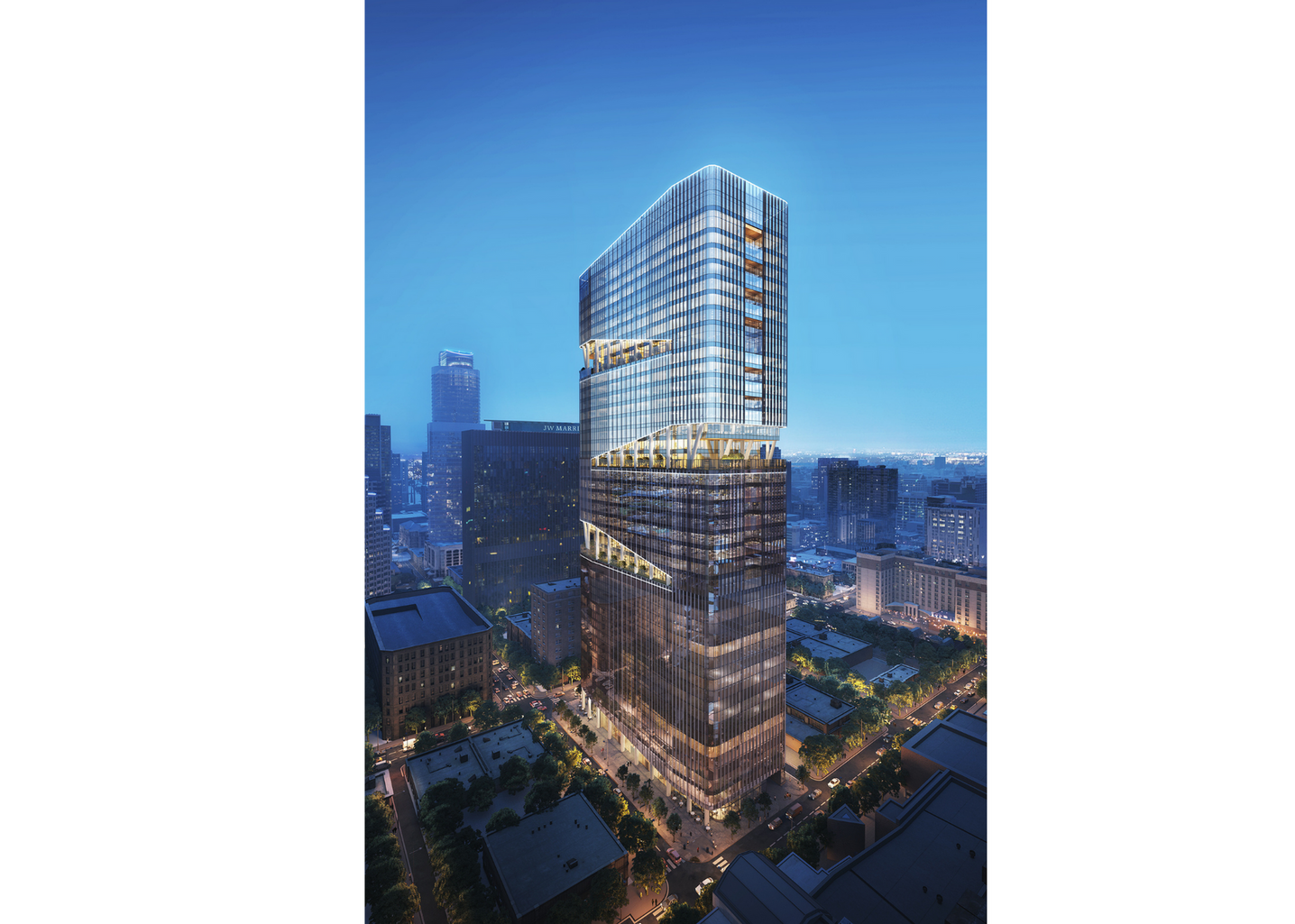 While Block 16 is one of the shorter office towers set for downtown with 43-stories, it's out to impress with designs that prioritize wellness and sustainability. That includes access to light and air on each floor and 10-foot floor-to-ceiling windows. Plus, a fitness facility, meeting areas and dining options. Carr Properties teamed up with local partner Manifold Development for this building expected in spring 2026. 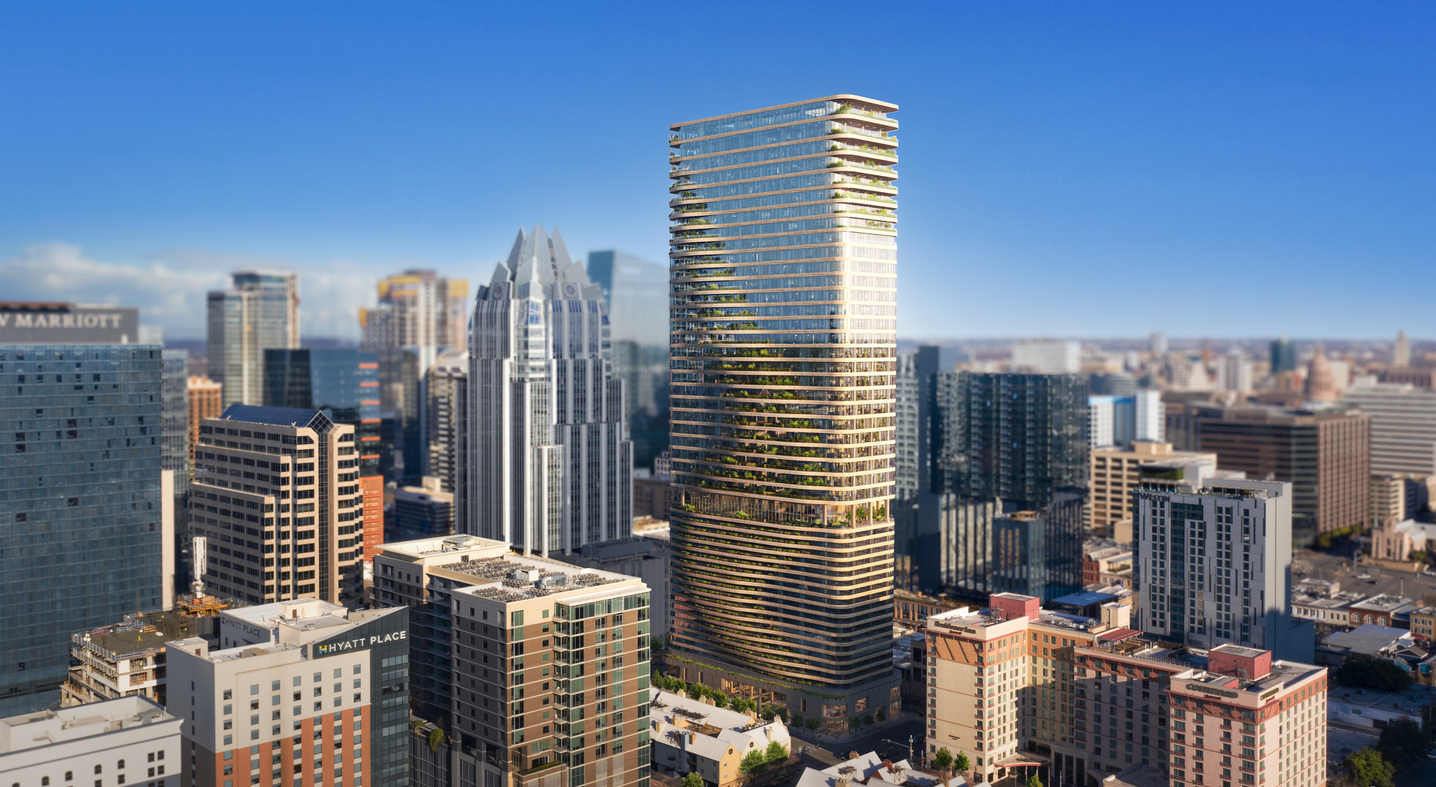 This 46-story office building dubbed the Perennial will have a public paseo, a nearly 30 foot waterfall and a sky garden where future tenants will have access to views 200 feet above downtown. The developers, Cielo Property Group, told Austonia they set out to create an environment that could boost moods and mental health once it's completed in late 2025. 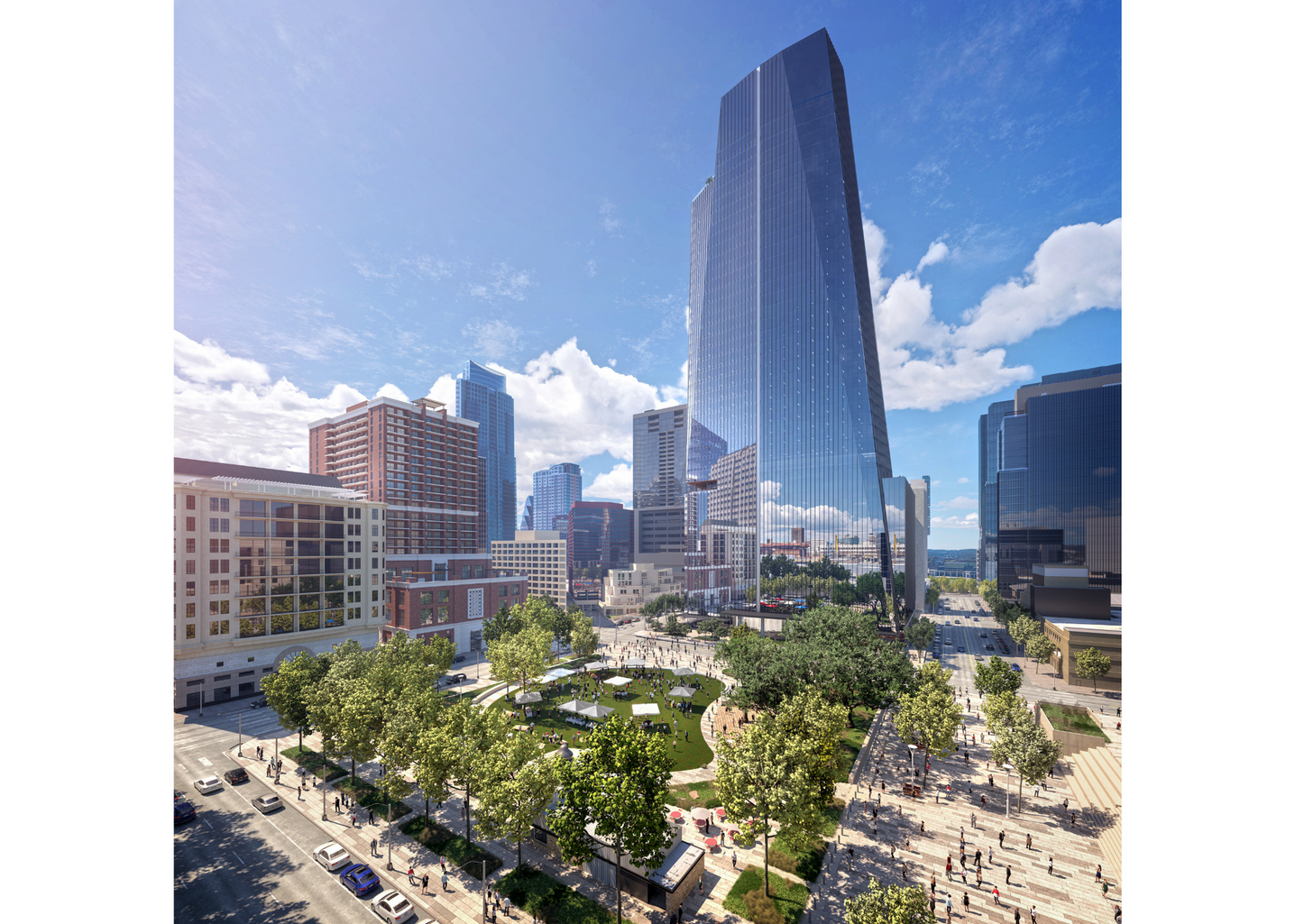 An extension of Republic Square is coming in the form of a 48-story tower. Workers who arrive by bike will have access to a private elevator leading to storage space for bicycles and a spa-quality locker room with showers. And the developers, Lincoln Property, say future tenants can also anticipate amenities like a lounge, conference rooms and a fitness center. 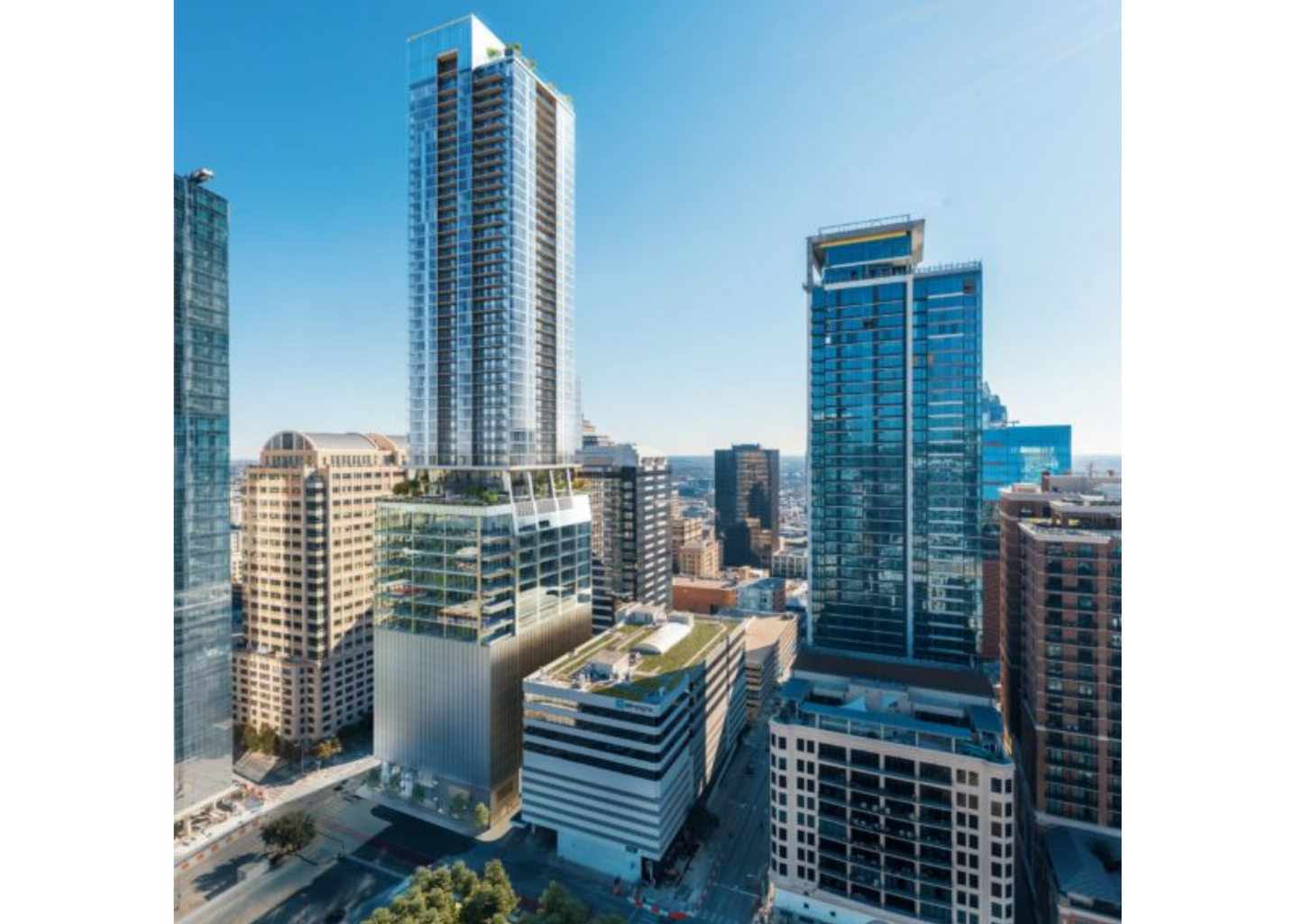 Similar to the others going up downtown, 321 West will have space for residents on the upper floors. With 58 stories in total, out-of-town developers Tishman Speyer and Ryan Companies plan to have apartments on floors 22 through 54. The rest of the building, which is slated to be finished in late 2024, will have office and retail space. 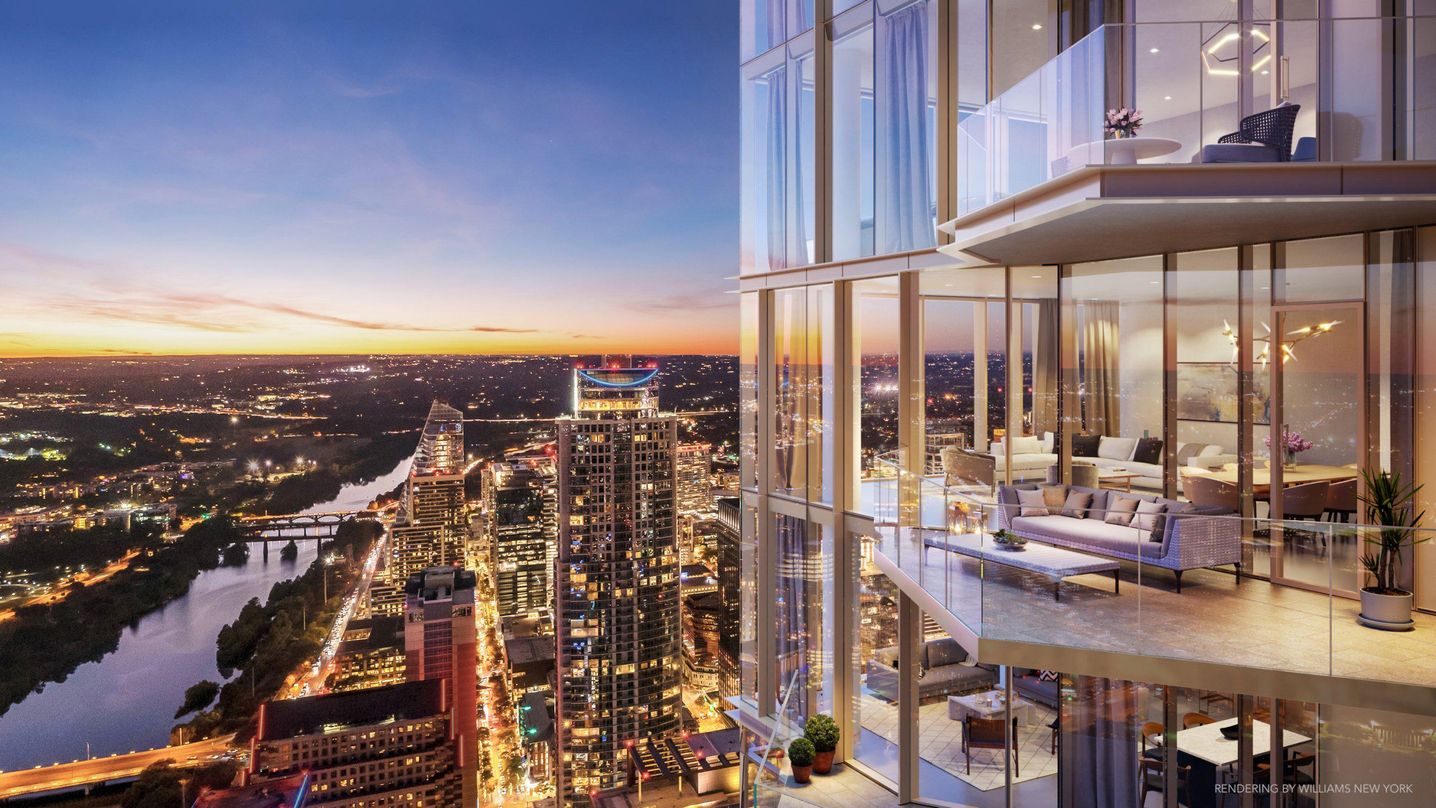 Sixty-five stories in all, this building doesn't just have height. There will also be a fitness studio, pool and spa with condos taking up floors 39 and above with a Hilton Conrad Hotel for the rest of the floors. On the ground, guests, residents and passers-by will be able to enjoy the restaurant and retail space. No estimated completion date has been revealed. 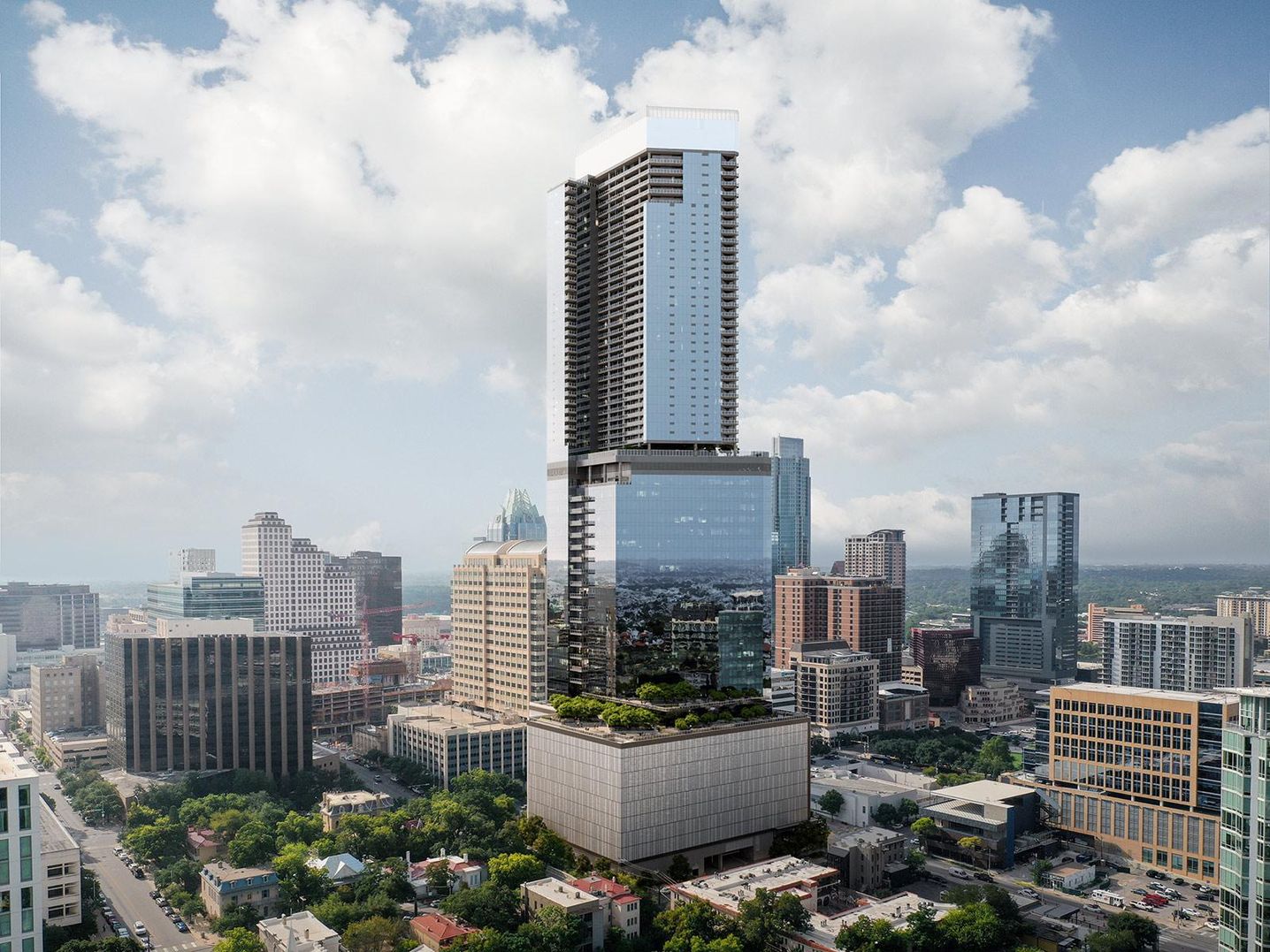 This combination of office, residential, retail and outdoor space involves over "a million square feet of excellence" and Meta plans to occupy a good chunk of it with 33 floors leased. Currently, finishing touches are being put in place with the top-off of the development at level 66 expected for the fall. The extravagant resident side will include studios to three bedrooms, 24 penthouses with exclusive benefits, pools, a dog park and even a podcast studio. Interested tenants can sign up for pre-leasing information with projected move-ins starting in spring 2023. When it is complete, it will be Austin's tallest tower. 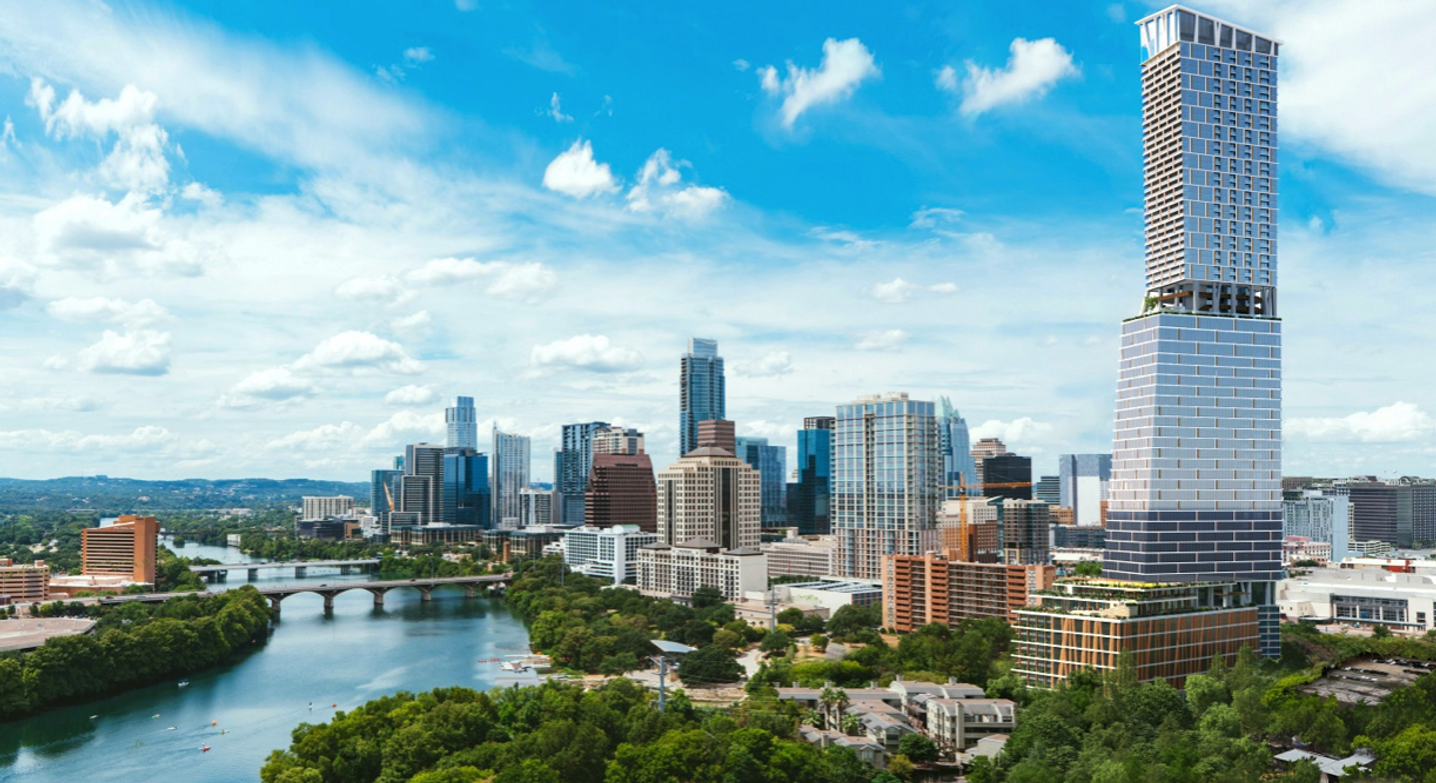 This 74-story project headed by Lincoln Property Co. and Kairol Residential could eventually become the tallest in Texas. With a price tag that could end up around $520 million, it'll include more than 350 apartments, a 251-room hotel and 686,000 square feet of office space. Trail closure notices set an estimated construction time of 64 months, according to Towers; construction had not started as of last month.